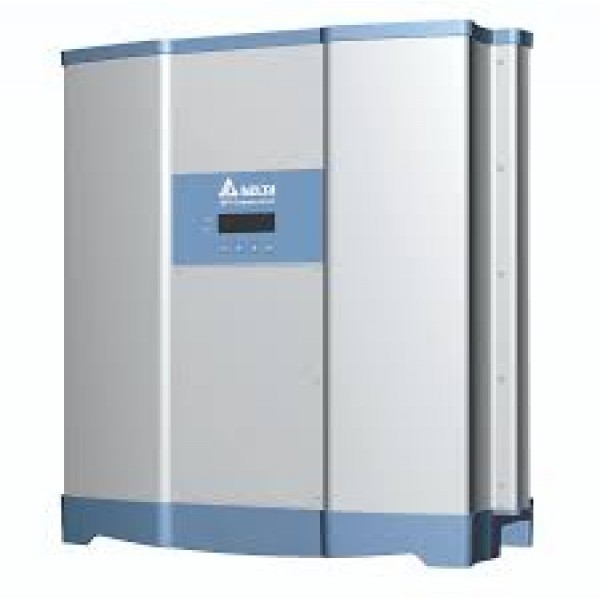 Price has been updated based on your PIN location!
Brand: Delta
Product Code: INV-DL-OG-3.5
Seller:VaristorSolar
View 0 Seller starting from

Delta solar inverters are multifaceted and can be used in every system size as well as are compatible with all commercially available solar modules and system components. This 15 kwatts has an efficiency of 98.30%.

Delta solar inverter is one of the efficient solar energy-efficient power products to provide innovative, clean, and energy-efficient solutions for a better tomorrow. Delta 15 Kwatt, 3 Phase On-Grid Solar Power Inverter is one of the categories that you can use to power up your home by converting the direct current (DC) from the solar panels into alternating current (AC). Bring home the best solar inverter system if you’re worried about frequent cuts in your area. Delta inverters are the greatest part of a solar system (on-grid solar system & off-grid solar system) since power from the sun cannot be directly used to run electrical appliances.

Delta solar inverter is one of the most critical components of the solar power system as it converts power from the sun into more useful energy and is referred to as the brain of a solar system. The solar inverter price list varies from ₹ 6 - ₹ 20 per watt, which is based upon technology such as on-grid or grid-tie, and so on.  The role of Delta 15 Kwatt, 3 phase on-grid solar power inverter for home is playing to convert the direct current (DC) from the solar panels into alternating current (AC), which is used by domestic and commercial appliances.

·         Improves the operational stability of systems and power grids

A grid-tie solar inverter converts direct current (DC) into alternating current (AC) and helps consumers to utilize sufficient power, which is generated from solar energy and stored to the local electrical grid. A grid-tie inverter is also called on-grid solar inverter and suitable for inserting into an electrical power grid, usually 120 V RMS at 60 Hz or 240 V RMS at 50 Hz. The solar power inverter like grid-tie inverter in India uses between local electrical power generators such as solar panel, wind turbine, hydro-electric, and the grid. The grid-tie solar inverter is generally used to provide electricity supply in homes and offices without the need to depend on grid electricity.
Gone are those times when people hardly experience power cuts because grid-tie or on-grid solar inverter for home comes with great features to provide excellent power backup and without even depending on diesel generators or battery-powered inverter systems. You can save up to Rs. 8500 per year just by using the 1KW solar inverter system as compared to grid electricity. A grid-tie is one of the best solar inverters especially for home, used with customizable solutions to generate and provide power solutions based according to your requirements. SolarClue is the online platform to buy solar grid-tie inverter at a shoestring budget.
SolarClue’s inverters cater to various industries with its brand such as Power-one. People can check the solar inverter price list on this particular brand name which is available with a different grid-tie inverter price for the home.

• Allows customers to save more money with solar panels through net metering, and lower equipment & installation costs
• Helps to spend electricity in real-time as a utility grid is a virtual battery
• Provides power backup facilities by using clean, renewable natural solar energy to generate electricity supply
• Eliminating the battery avoids secondary contamination of the battery and increases the average time between failures of the system.
• Provides high-efficiency power when consumers need additional electricity
• Known as a reliable source of backup power
• Beneficial for easy installation as these do not require the batteries to operate
Request Callback